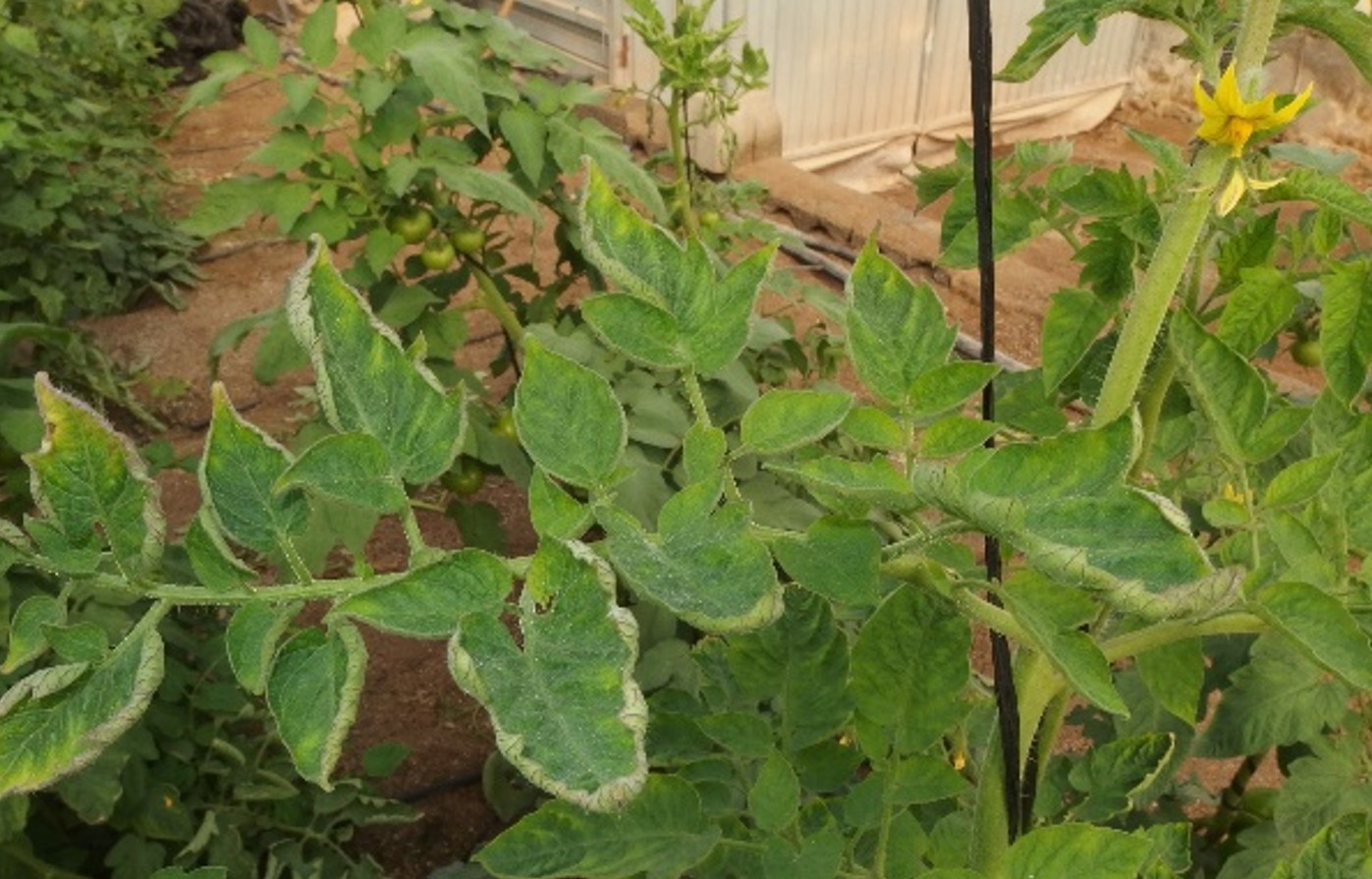 At Abiopep SL we have been monitoring the emergence of aggressive Tomato yellow leaf curl virus (TYLCV) outbreaks in resistant tomatoes in the Region of Murcia and in Almería since 2015. In 2017, we described the presence of recombinant isolates of the TYLCV-IS76 type in tomato crops resistant to TYLCV in Almería (Torre- Guardiola et al., 2019). TYLCV-IS76 is a new recombinant virus that was recently described in Morocco. TYLCV-IS76 has been associated with aggressive symptoms in tomato plants of resistant varieties and, experimentally, it has been observed that it is able to accumulate in greater concentrations than TYLCV-IS (Belabess et al., 2015). Since TYLCV-IS76 had only been detected in Morocco, this was the first time that evidence was provided of its presence in Spain and that it was detected outside of Morocco.

We have prepared an infectious and functional clone of TYLCV-IS76, which adds to the one already generated in 2016 from non-recombinant TYLCV isolates characterized in aggressive TYLCV epidemics in resistant plants studied in previous years (Torre-Guardiola et al., 2018 ). Given their unique properties, these infectious clones are excellent tools that can be utilized to test new TYLCV disease resistance genes in tomato breeding programs, in order to generate tomato varieties that can resist this disease to mitiage its devastating effects.